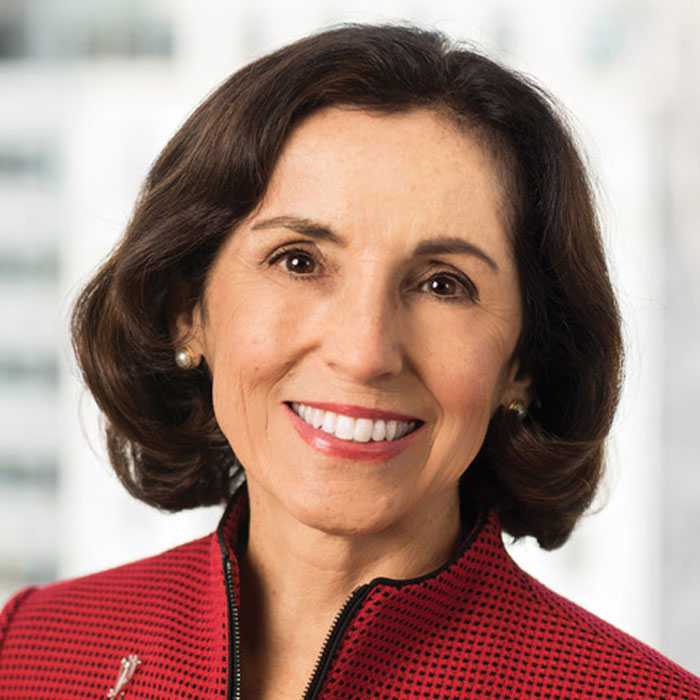 The Honorable France A. Córdova was the 14th director of the National Science Foundation (NSF), an independent federal agency, and is a senior science advisor for the Science Philanthropy Alliance.

Córdova has been a leader in science, engineering and education for more than three decades. She has a distinguished career in both higher education and government; she has served in five presidential administrations, at several universities, and with three federal agencies. Her contributions in multi-spectral research on x-ray and gamma ray sources and space-borne instrumentation have made her an internationally recognized astrophysicist. She is president emerita of Purdue University, chancellor emerita of the University of California, Riverside, and former vice chancellor for research at the University of California, Santa Barbara. Córdova served as chair of the Board of Regents of the Smithsonian Institution and on the board of trustees of Mayo Clinic. She also served as NASA’s chief scientist and is a recipient of the agency’s highest honor, the Distinguished Service Medal. She received her B.A. from Stanford University and her Ph.D. in physics from the California Institute of Technology. Her first government job was with DOE’s Los Alamos National Laboratory and her first university position was as professor and department head at Penn State University.

Córdova was honored as a Kilby Laureate, recognized for “significant contributions to society through science, technology, innovation, invention and education.” She was elected to the American Academy of Arts and Sciences and is a National Associate of the National Academies and an Honorary Member of the Royal Irish Academy. She is a fellow of the American Association for the Advancement of Science (AAAS) and the Association for Women in Science (AWIS).