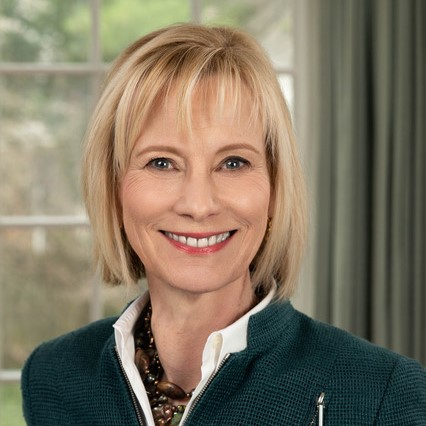 Elizabeth Good Christopherson is president and chief executive officer of the Rita Allen Foundation, an organization that invests in transformative ideas in their earliest stages to promote breakthrough solutions to significant problems in science and society. The foundation supports early-career biomedical scholars doing pioneering research, seeds innovative approaches to fostering informed civic engagement, and develops knowledge and networks to build the effectiveness of the philanthropic sector. Christopherson is guiding the foundation through a period of rapid expansion, including building new investments and coalitions to strengthen the role of science and evidence in civic dialogue and decision-making, particularly around contentious issues.

Christopherson serves on the board of the Science Philanthropy Alliance and is a respected advocate for improving how the philanthropic sector listens to and learns from the communities they aim to serve. She recently was a judge for the MacArthur Foundation’s 100&Change initiative, which awarded $100 million to a single project to make a measurable impact on a significant problem in the world.

Prior to her leadership of the Rita Allen Foundation, Christopherson served as executive director of New Jersey’s public broadcasting network, NJN. NJN’s pace-setting initiatives earned widespread recognition for digital innovation, program excellence, growth of financial support and strong public–private sector collaborations. As an advocate for ethical standards and as a member of the PBS board, she was selected to update the PBS policies on editorial integrity with a special task force of industry leaders. She also juried international media competitions, including serving as co-chair of the prestigious Japan Prize.

A Wellesley College graduate, she has served on numerous regional and national boards. She is the recipient of five honorary degrees and numerous awards for public service, including the prestigious Women Who Make a Difference Award from the International Women’s Forum.